Cup of Joe After Dark

Cup of Joe After Dark , Season 1 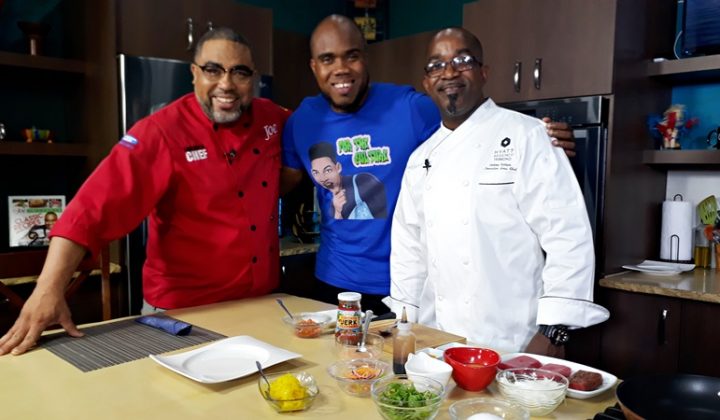 Entertainer KEEVO is the celebrity taster in this episode.
Joel kicks off the show with Asain BellyBuster Hot Dogs, Chef Anthony Rattigan spices things up with his Pepper Crusted Tuna and Chef Cheryl-Ann Shortt - Charles creates some Apple Wonton Bacchanal.
Mixologist Richard Atkins makes a cocktail with an ode to the Macqueripe Sunset.
Keevo is also inside "Serious Talk" while Myron B is back with another hilarious take of Extempo News!
All to the sounds of LUJOE & The Gifted.